Would you like to switch to the accessible version of this site?

Don't need the accessible version of this site?

Is Chiropractic care during pregnancy safe?

There are no known contraindications to Chiropractic care throughout pregnancy. All Chiropractors are trained to work with women who are pregnant. Investing in the fertility and pregnancy of women who are pregnant or trying to conceive is part of routine care for most Chiropractors. Our Doctors utilize special equipment and techniques in order to adjust pregnant women.  These adjustments are both very gentle and safe. They may also provide you with exercises and stretches that are safe to use during pregnancy.

Why should I have chiropractic care during pregnancy?

During pregnancy, there are several physiological and hormonal changes that occur in preparation for creating the environment for the developing baby.

The following changes can result in a misaligned spine or joints:

Establishing pelvic balance and alignment is another reason to obtain Chiropractic care during pregnancy.

When the pelvis is misaligned it may reduce the amount of room available for the developing baby. This restriction is called intrauterine constraint.

A misaligned pelvis may also make it difficult for the baby to get into the best possible position for delivery.

This can affect the mother’s ability to have a natural, non-invasive birth. Breech and posterior positions can interfere with the natural ease of labor and lead to interventions such as a c-section.

The nervous system is the master communication system to all other systems in the body including the reproductive system. Keeping the spine aligned helps the entire body work more effectively.

What are the benefits of chiropractic care during pregnancy?

Chiropractic care during pregnancy can provide benefits for women who are pregnant.

Potential benefits of chiropractic care during pregnanc may include:

What about chiropractic care and breech deliveries?

Our Doctors use a specific chiropractic analysis and adjustment which enables them to establish balance in the pregnant woman’s pelvis and reduce undue stress to her uterus and supporting ligaments.

This balanced state in the pelvis has been clinically shown to allow for optimal fetal positioning. The technique is known as the Webster Technique.

It is considered normal by some for a baby to present breech until the third trimester. Most birth practitioners are not concerned with breech presentations until a patient is 37 weeks along. Approximately 4% of all pregnancies result in a breech presentation.

The Journal of Manipulative and Physiological Therapeutics reported in the July/August 2002 issue an 82% success rate of babies turning vertex when Doctors of Chiropractic used the Webster Technique.

Further, the results from the study suggest it may be beneficial to perform the Webster Technique, as soon as the 8th month of pregnancy, when a woman has a breech presentation.

With a balanced pelvis, babies have a greater chance of moving into the correct position for birth, and the crisis and worry associated with breech and posterior presentations may be avoided altogether.

Optimal baby positioning at the time of birth also eliminates the potential for dystocia (difficult labor) and, therefore, may result in easier and safer deliveries for both the mother and baby. 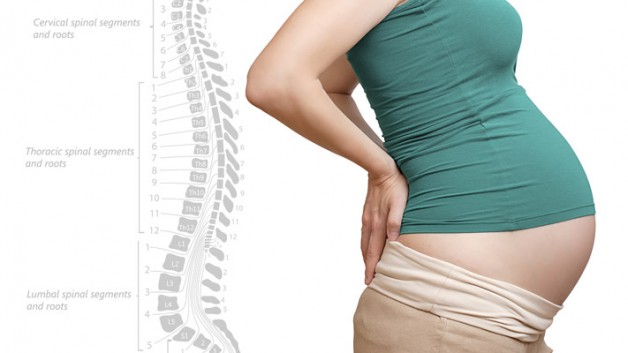 An Expectant Parent's Guide to Chiropractic

What Can We Help You With?