Would you like to switch to the accessible version of this site?

Don't need the accessible version of this site?

The History of Chiropractic

On September 18, 1895, D.D. Palmer of Davenport, Iowa, performed the first spinal adjustment. Here’s a description of that first adjustment in D.D. Palmer’s own words:

“Harvey Lillard could not hear the racket of a wagon on the street or the ticking of a watch. I made inquiry as to the cause of his deafness and was informed that when he was exerting himself in a cramped, stooped position, he felt something give way in his back and immediately became deaf. 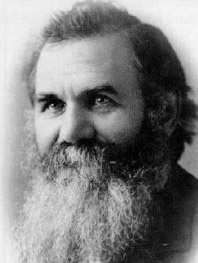 An examination showed a vertebra racked from its normal position. I reasoned that if that vertebra was replaced, the man’s hearing should be restored. With this object in view, a half hour’s talk persuaded Mr. Lillard to allow me to replace it. I racked it into position by using the spinous process as a lever, and soon the man could hear as before.

There was nothing accidental about this as it was accomplished with an object in view, and the result expected was obtained.”

Palmer opened the first chiropractic school in Davenport two years later. His son, Bartlet-Joshua (B.J.) went on to develop and shape chiropractic in the early years. With an interest in determining the cause of disease, he employed many new technologies of the day. B.J. imported the fifth x-ray unit into the United States and what was the first west of the Mississippi, in 1911. The research department used instruments that measured skin temperature differences to show areas of dysfunction. Today many other health professions use thermography and instruments that measure skin temperature change as a sign of dysfunction.

During the past 100 years, chiropractic has gained legal recognition worldwide, grown into the third largest healthcare profession, developed over two hundred techniques for assessing and adjusting the spine, and is taught at colleges throughout Canada, the United States, Europe, and Australia.

What Can We Help You With?